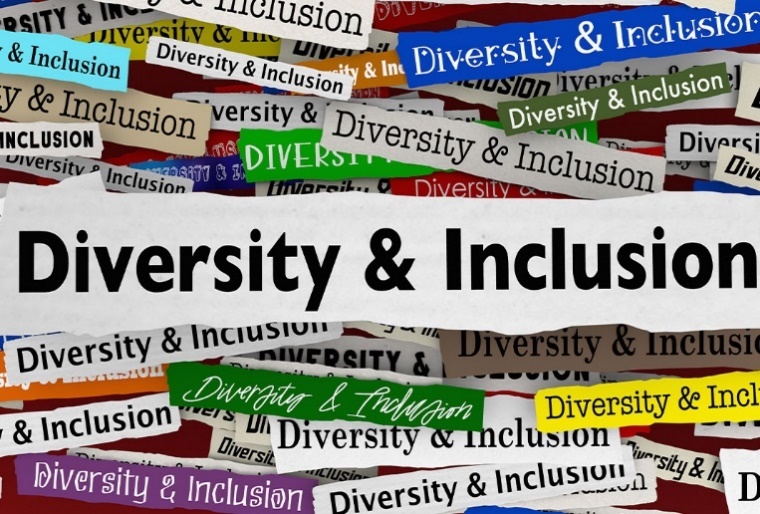 Nay Sayers do not want to hear this but say it loud, “Diversity is making progress”.  I will quickly add that there is room for improvement and success is not even across firms. So, let’s not throw the proverbial “baby out with the bath water”. Self-aware individuals know the improvement room is the biggest in any personal or corporate home.  Psychologists have taught us to reward the behavior we want continued.  Any parent, coach or conductor knows this sage advice. I suspect Board of Directors know this too. This article provides an informal State of the Union for Diversity – in the boardroom, workplace, markets, and supply chain. We at Paragon have given each area a letter grade followed by explanation. You be the judge of whether we missed it or got it right. More importantly, how do you grade your company?

Board Diversity is improving – Grade: A

A new study found tht the biggest US companies sharply increased the new Black and Latino directors to their board this Spring 2021. Interesting facts include: 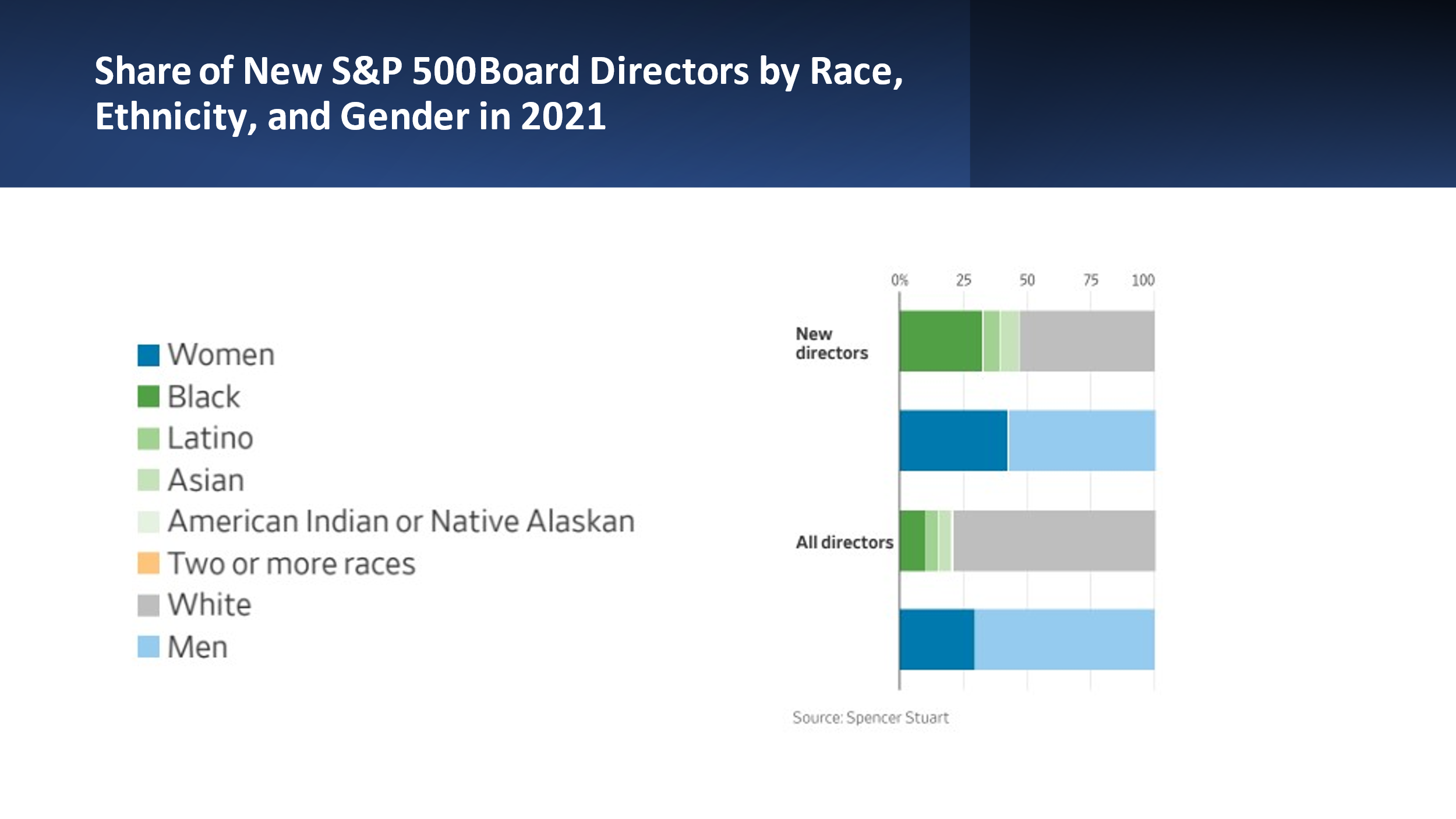 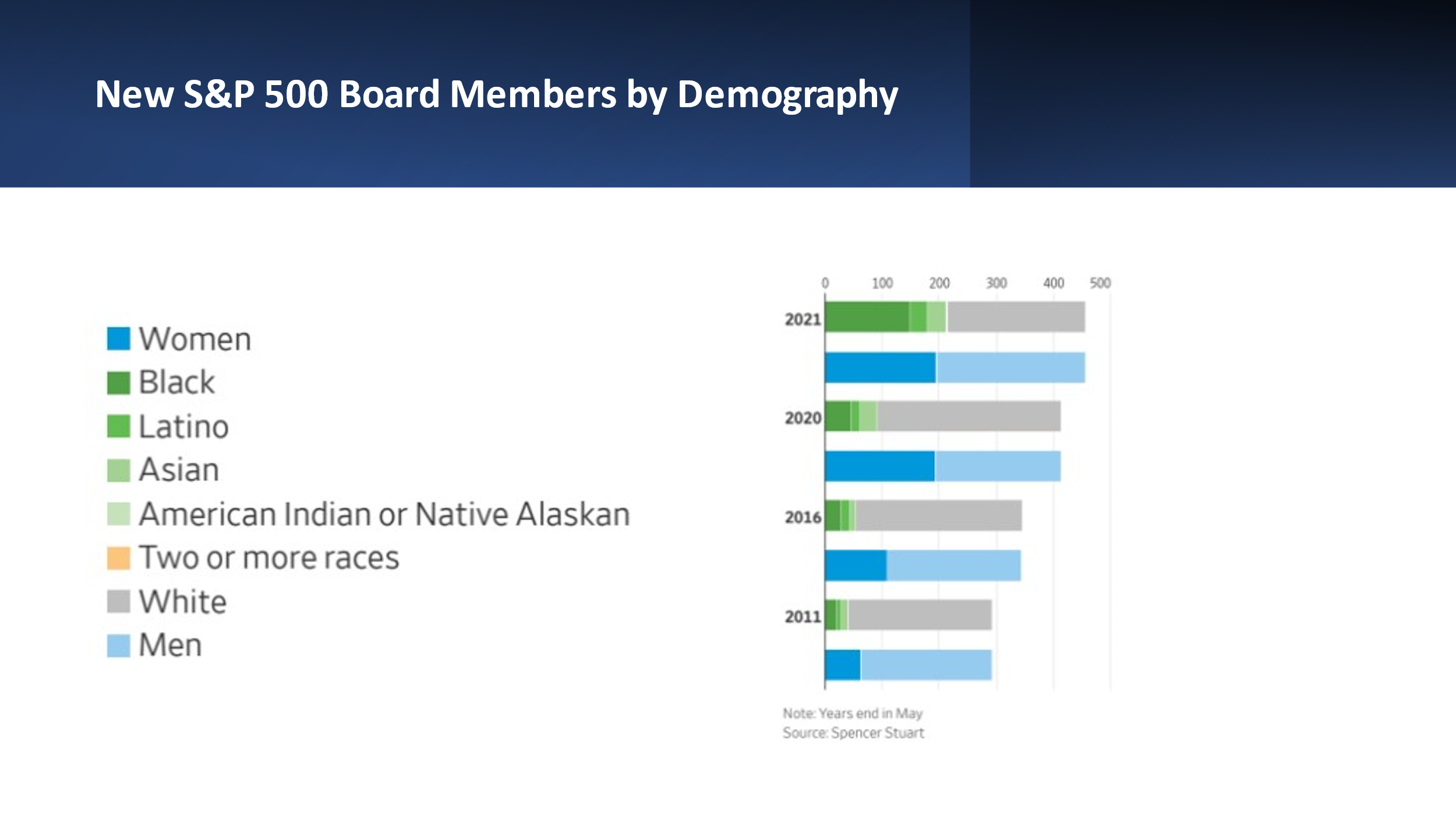 From this June’s Wall Street Journal’s reporting, Julie Hembrock Daum, Head of Spencer Stuart’s North American Board Practice said, “The broader change flowed from public attention on racial disparity in the wake of the police killing of George Floyd last year and the subsequent Black Lives Matters protests around the country”.

Darren Walker, president of the Ford Foundation and board member to PepsiCo and Ralph Lauren, says, “(Diversity) being discussed in a way it never was before and without people like me in the room, it wouldn’t be discussed this way.”

Diversity in the workplace refers to the concept of employing people from a diverse range of different cultural backgrounds and socio-economic classes to get as many different views on your company as possible.  Many studies show that diversity has a strong impact on business, yet 41% of managers say they are too busy to implement diversity projects. So, how can an investment in diversity increase earnings, innovation, and success?

This cartoon below would be funny if not so real! There is a global woman equity gap. Many companies are getting the message. We see firms with a pipeline problem, talented women and people of color stuck to the floor of companies – quite a distance from the proverbial glass ceiling. 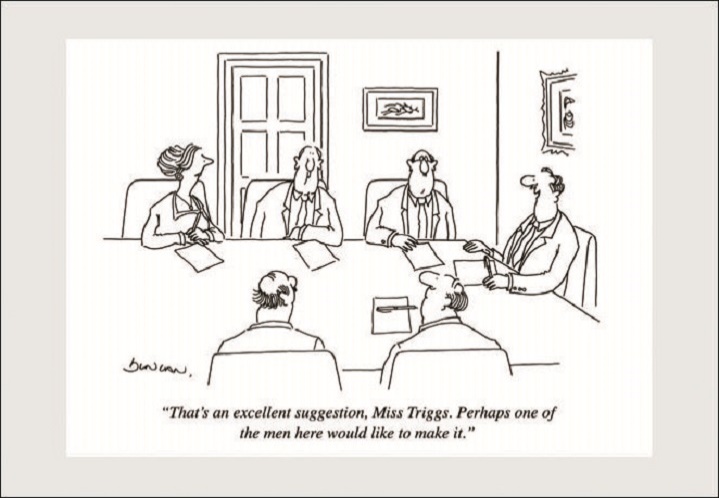 It has been proven that companies with better problem-solving skills outperform competitors financially. McKinsey has found that companies with diverse employees (both ethnic and cultural) are 33 percent more likely to have higher profitability than their peers.

78% of companies say they do not have diversity in leadership positions. And 45% of American workers experience discrimination or harassment in the workplace each year.
When it comes to diversity, equity, and inclusion, there is still much work to be done. McKinsey reports that a third of companies are achieving real gains in diversity and inclusion. However, “the majority are remaining static or declining—even where their leaders have articulated noble aspirations for inclusion and diversity.”

Paragon sees companies making progress in bringing in diverse people, but promotion to leadership roles is the challenge. Another challenge is pay equity for women people of color – especially Black women. Firms are making strides in workplace supplier diversity consultants (the numbers) and some improvement in the middle of the talent pipeline in Inclusion (the promotions). However, they have a way to go with the upper levels of Inclusion, Equity (the money) and Belonging (the engagement).

The recent focus on diversity training is necessary but not sufficient as the issues identified above show a need for comprehensive strategy. Furthermore, training needs to be better structured around best practices with mandatory participation. Can you imagine employees being given the choice of opting out of other business essential education (e.g., Quality and Safety)?

Diversity of thought is a key driver of innovation and is a critical component of being successful on a global scale. Senior executives are recognizing that a diverse set of experiences, perspectives, and backgrounds is crucial to innovation and the development of new ideas.

Diversity and inclusion doesn’t often happen organically. It must be intentional and carefully cultivated—which will require an investment of time and financial resources. 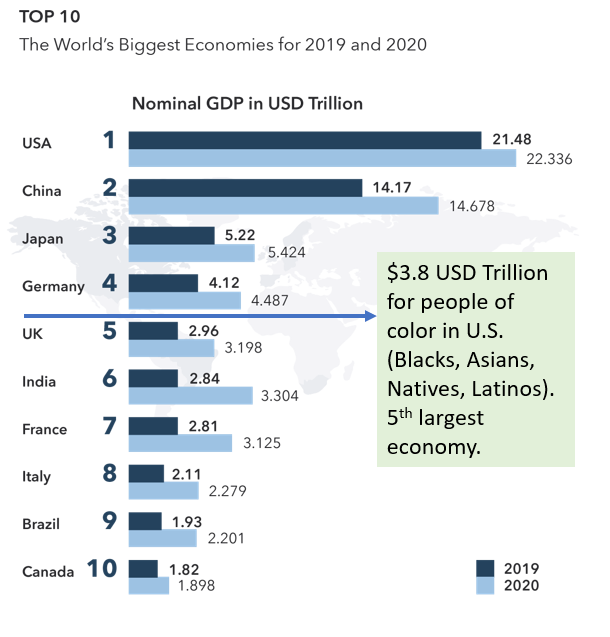 The real question is why aren’t more companies taking advantage of this huge and growing spending power? The question, put another way, is why aren’t you dollarizing diversity?

Jay Kim, President of AAAZA, says, “One size doesn’t fit all with multicultural marketing. Diverse communities are culturally and linguistically unique and marketing strategies need to recognize their differences.”

Even though only 2% of fortune 500 company spending is with minority business enterprises, companies like Starbucks have upped their game.  In 2019, Starbucks spent more than $600 million with diverse suppliers, about 8% of their purchased spending.  Not to mention they have Mellody Hobson (African American) as Chairwoman of the Board.

There is a huge gap when one considers that the Diversity Inc’s 2019 Supplier Diversity report states best-in-class diversity procurement spend was 18.65% on tier 1 and 3.85% on tier 2 suppliers.

CAPS Research at Arizona State University reports that even though 74% of companies they surveyed require including diverse suppliers in RFPs, only 14% of companies contracted with supplier diversity consultants. In the last few months, however, many large organizations have shifted their policies to include diverse and minority suppliers, and we expect this number to rise.

The CAPS survey found that 72.3% of supplier diversity program contracts were awarded competitively. Further, according to research from The Hackett Group, 76% of all diverse suppliers met buyers’ expectations and another 23% exceed them (Supplier Diversity Consultants Performance Study, The Hackett Group, 2016). Time to do the profitable thing – which is also the right thing.

What we have found is that companies are not dollarizing the value of supply chains by creating value from the suppliers nor are they improving profits by the 5% to 20% cost saving potential.

We are cautiously optimistic! Overall, there is inconsistent or uneven progress on diversity. The “class average” grade is C. Paragon expects the board changes to have a positive cascading effect throughout organizations. We are already seeing board of directors ask probing diversity questions to their CEOs and executive teams with challenges to close gaps.  In some areas companies are stepping up while in others there is much to be desired. In our experience, impact does not often match intentions. Let us hope the board of directors set better targets and actualize them – for the sake of the collective bottom line and a better world.  It is in the best interest of shareholders that companies leverage the business impact of diversity rather than seeing it as a compliance necessity.  Simply put, let’s Dollarize Diversity!